Fans and non-fans alike gathered anxiously to hear what heartbreak might sound like on Millers latest piece of work.

The critics had different things to say. 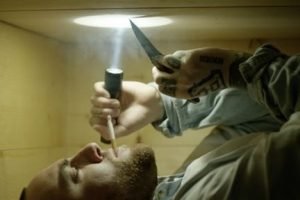 A bashful review comes from Evan Rytlewski, contributor at Pitchfork, stating that swimming (seems) “half-convinced,” and that Miller is shadowing his peers.

“As always, Miller remains a step behind the prestige artists he emulates- Chance the Rapper, Anderson.Paak, and, increasingly, Frank Ocean,” Rytlewski adds, “he tries any pattern of singing or rapping that might lift his spirits for a few seconds.”

Rytlewski did muster up one comment about Miller, stating that his vocals are more aparent and better than ever.

A neutral review from “Variety” comes by way of A.D. Amorosi, in which Amorosi draws a unique comparison to Ernest Hemingway in the opening track, Come Back to Earth.

“Referencing a life once filled with drug-draining ups-and-down, ‘Come Back to Earth’ lays out the album’s basic principle in Hemingway-like severity when he says, ‘I was drowning, now I’m swimming.’ “

And Maeve McDermott of USA TODAY writes a complete in-depth review of swimming. McDermott does the best job of explaining each and every song and the code that could hide beneath.

“Well I was busy when you hit my phone / But you miss me, tell me come back home, yeah / You don’t really like to sleep alone / But I’m takin’ too long, I’m always takin’ too long.”

“I wanna see them lips, kiss ’em ear to ear / I wanna hear your song, ooh, I wanna feel just how you feel / Touch it one more time so I know you’re real / We could spin that wheel, wouldn’t you rather get along?”

Decoded: Of all the songs on “Swimming,” this track seems uniquely directed at Grande. There’s a chance it’s a gloomy ode to another woman, but there’s a wistfulness that makes it seem as if Miller is rapping about love lost as he wonders why he and his counterpart can’t just get along and – most tellingly – seems to reminisce about seeing an ex again after some time apart. 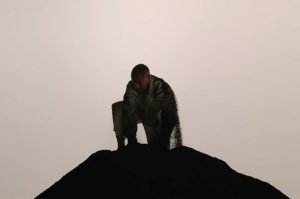 This is a strong album from Mac Miller – progressive and comfortably at home. He mentions substance a number of times and that leaves room for concern. He is heartbroken and that goes without saying; but from what it sounds like, he is doing the best – most “white-knuckled” job he can do.

And it does also sound like the “old Mac Miller,” and it does have a “community” feeling. And overall, Swimming is as good as anything Miller has previously done; at its best – he lets us in – unabated.

What Miller really has done best is swim through the noise of Ariana and Davidson. Every tabloid about the album he worked so hard on mentions Ariana. Most articles have Ariana at the forefront; her name appears as many times as his in some cases.

He has done a very mature job of wading through the most publicized breakup of, well, a long time – by music industry standards.

Mac Miller is sure to reap the rewards of his hard work on, Swimming.