On Thursday, August 2, American DJ Grant Kwiecinski, known to fans as GRiZ, posted a mysterious video (shown below) on his social media accounts. In the black and white video, GRiZ stands before a tower of TV monitors. Most of the displays are snowy static while some sport images of waving American flags, heart shapes, and Facebook’s familiar thumbs up icon. GRiZ wears a camouflage jacket over a plain shirt and pants. Mellow instrumental jazz plays while GRiZ delivers a spoken word poem about the current internet age. He laments, “I replaced the spiritual with the digital. Looking down became my new ritual. Well, it’s no wonder it’s hard to keep my head up.”

Loyal followers know that this is only the latest in a trail of posts pointing towards the release of a new project for the DJ. Since January of 2018, the musician has been sprinkling cryptic messages on Twitter and Instagram. There have been notes addressed to fans and pictures of blurred or blank documents. GRiZ posted a similar video of him reciting a spoken word message on February 2nd. The phrase “It’s about time we talked” has appeared throughout this publicity campaign. Taken with a recent wipe of all Instagram posts, the strange activity points to a significant next step for GRiZ and his team.

GRiZ has released an album or mixtape nearly every year since 2011. Their last collection, Good Will Prevail, earned some admiration but was thought of as less spectacular than earlier records. One of the most fun things about GRiZ is that he works with other EDM 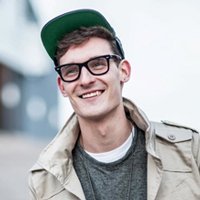 creators big and small. In the past GRiZ has worked with Big Gigantic and Gramatik. GRiZ also packs some real instrumental talent. Known to step away from the DJ booth, GRiZ can also thrill his crowd with his impressive saxophone chops.

Creating a series of hard-to-explain media posts is an effective way to raise awareness and interest in a band’s music. This breadcrumb trail technique has become a common tactic of bands looking promote their next project. Often, a band will erase all previous posts on their accounts to signal a sort of “new era.” The Band Perry, The 1975, and Radiohead are just some of the groups that have reset their social media accounts.

Twitter and Instagram are two of the most popular tools that bands rely on to keep in touch with their fanbase. Bands need social media to be successful, but it’s popular now to criticize our use of social media in their songs. English Indie band The 1975 have been building suspense for the release of a new album. The two singles released so far point to a familiar theme of turning away from social media, or at least relying on it less.

Musicians today have to hope that people can look up from their phones long enough to hear the next concert, but not too long that they miss out on the latest announcement. It will be interesting to hear how GRiZ, an artist known for working electronically, finds balance in the face of technology addiction.

Watch the latest from GRiZ below.

Check out GRiZ armed with his trusty saxophone

Oceans: Your Favorite New Producer to Flow To

The Merchandise Era in Music