As July came to a close, many of the summer’s biggest songs had already been released. Billboard provides a way for music fans to keep up with the erratic trends of pop music.

Along with famed music charts like the Billboard Hot 100 and the Billboard 200, Billboard releases a Songs of the Summer list, updated every week. The songs are always catchy and upbeat, they have to be contagious if they want to last at the top of the musical leaderboards.

Take a look at Billboard’s top ten songs from the week of July 28th. If you’re looking for something outside the summer pop bubble, I’ve supplied a song for each rank that I think would make a great replacement or supplement.

The prolific Drake can be seen throughout this list. This track is part of his latest album, Scorpion. With this album, Drake became the first ever artist to reach 1 billion streams within the first week of an album’s release. Yes, that’s capital B: Billion. The song fits easily into Drake’s repertoire of lovesick tracks.

Videos of fans participating in the #inmyfeelings dance challenge have popped up across social media platforms. While the dance craze has been a great publicity boost for the song, not everyone is on board. 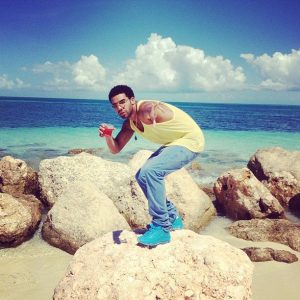 “Motor vehicle crashes are the leading cause of death in the U.S. Hopping out of a moving vehicle or jumping into lanes of traffic to show your dance moves is foolish and dangerous — to you and those around you. There’s a time and place for everything, but our nation’s highways and roadways are no place for the #inmyfeelings challenge.”

This warning comes from Nicholas Worrell, chief of safety advocacy at the National Transportation Safety Board. I Guess Mr. Worrell won’t be joining Team Drizzy any time soon.

Like that? Try this: “Work Out” – Chance The Rapper

The Chainsmokers really wish they wrote this one.

Like that? Try this: “Ha Leh Lou Ya” – Robin Schulz, Christy McDonald

Ariana Grande has no tears left to cry on this confident, happy tune. While listening to this song won’t make you sad, you definitely won’t 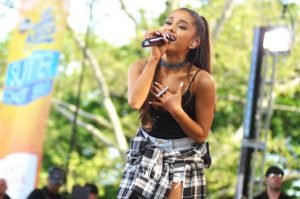 be crying any tears of joy either. The best part of this song is it’s attempt to recreate a vintage 80’s pop sound. Lately lots of songs find success borrowing sounds from other times or places. Cardi B and Camila Cabello bring Latin flair that fires up their music. Say what you will about Justin Timberlake, but he knows how to harness the power of the old fashioned swing sound. Grande’s, “No Tears Left to Cry” isn’t really worth hearing twice. I’d like to hear more of this, “Dangerous Woman” stuff though.

Jared Higgins, A.K.A Juice WRLD, works through his relationship issues on this bass heavy track. What’s getting in between Juice and his true love, you ask? Could be the pills, his sleep paralysis, or the pressures of an up and coming music career. Whatever it is, Juice wears his heart on his sleeve on this one.

Like that? Try this: “Babies” – KYLE Feat. Alessia Cara

Like that? Try this: “Eastside” – Benny Blanco (w/ Halsey & Khalid)

Like that? Try this:  “Coolin and Booted” – Kodak Black

A pop song at its finest: “Girls Like You” has it all. There’s a soft acoustic guitar in the intro, a refrain built entirely of “Yeahyeahyeahs,” and a slow-clap beat that leads listeners gently into their seats in the sun, says “Sit right here and don’t worry. Can I get you a grande caramel machiatto?” 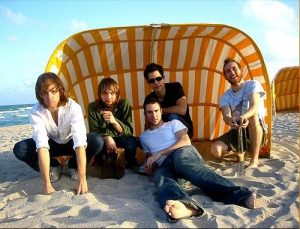 I think what sets Post Malone apart from the rabble is his quirky attitude. He’s unabashadley himself on this track. He raps slyly about girls, diamonds, and his custom car. In the song’s music video, Malone wears a ridiculous outfit that shows off some leg and perfectly captures his attitude. Malone refers to the cutoff jean shorts he sports as his, “Chuck Norris Action Shorts.”

For a song that tackles some pressing issues with an equally care-free attitude, try,

It’s a short life, Drake’s making the most of it.

Now this, I like. Something (everything?) about this aggressive anthem just works. The horns shine through behind Cardi B’s stong rap verses. Bad Bunny and J. Balvin add some fun references to celebrities like Fijian pro wrestler Jimmy Snuka and Cuban singer Celia Cruz. Following the success of B’s “Bodak Yellow” was no easy task. The Bronx-native singer will have to get used to hitting a high bar. Something tells me she likes it like that. 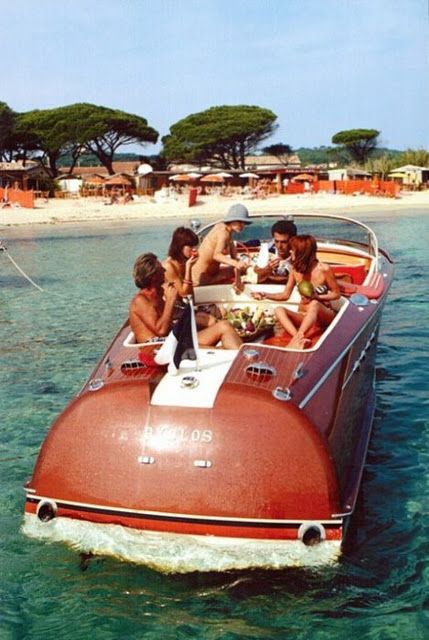 What Happened to Progressive Rock?

“What Does Quarantine Time Mean for Artists and Fans?”