Mac Miller and Ariana Grande broke up and we know this. Should we be concerned?

IN CASE YOU MISSED IT 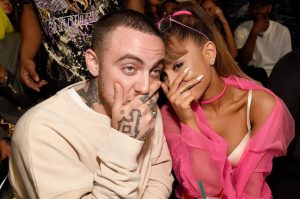 In early May, the couple of two-ish years broke up and it was honestly saddening. They were a couple that actually looked good together. They seemed to balance.

Ariana sweet and small, Mac big and brute. But, a toxic relationship can do that. Loving an addict can be hard and in the wake of a relapse it can be even harder.

Mac Miller and Ariana Grande began dating in 2016 as a result of a tweet. Ariana asked followers what they were thankful for on that Thanksgiving Day and Miller responded with, “the velvet revival.”

The two playfully chatted back and forth for some time and even wrote love songs together. In the media they were asked about each other and said that it was a casual. 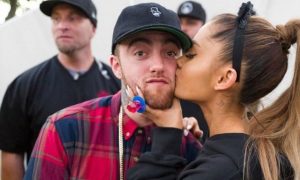 Of the songs they recorded together, “The Way” was the most prominent. During the recording for “The Way,” Ariana was dating Big Sean. In the music video for the song previously mentioned, Ariana and Mac are seen closely bonded, and even sharing a few intimate kisses.

From there, the two would blossom. A relationship full of love and sensation had sparked and they wrote many more love songs together.

This was the new Mac; the one that appreciated, “The Devine Feminine.” Some see “The Divine Feminine” as, woke and feminist, and credit Mac for this.

He explained that the change in emotion he felt was brought to him by something new: love. Love even compelled Mac to go sober.

Unfortunately, sobriety isn’t the only thing that matters in a relationship, and as the turmoil of life went on, the two also went on. Time together became sparse – still in love and in full support – but not so closely strung.

I THINK WE SHOULD BREAK UP 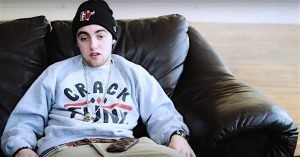 Ariana and Mac officially broke up on May 10,+ and have continued to show respect, care and admiration for one another.

As a fan of Mac Miller and as a victim of love, it was crushing to see somebody move on so quickly.  Some might wonder how long it had gone on.

Paparazzi reported to cosmopolitan that Pete and Ariana were seen hanging out on May 12, just two days after the big breakup.

But, what is done is done and that relationship that was once, is now over. All you can do now is move on.

Mac Miller slammed his 2016 Mercedes Benz G-wagon into a light post on, May 12. He took off on foot after hitting the post, the cops would later address him at his house. He was charged for a DUI hit-and-run. Cops reported to TMZ that Mac was, “the most polite and nice intoxicated person we’ve ever seen.” This is concerning because we would hate to see sobriety yet again damaged by love.

Mac has remained silent in the news about Ariana, Pete, and the DUI.

Ariana and Davidson are now engaged.

On July 12, Mac revealed that he has a new album, “Swimming” set to release August 3.

The BunkBot: Helping to Stop Fentanyl Dealers in Their Tracks

Ghost Performs a Black Mass at the Riviera Theater

Breaking Out ‘The Box’