The artist that rose and fell, came up through the ranks, and slipped through the cracks, saw the light of day, and now searches for fame in his new project, “Digital Tears,” this is the story of J.K. The Reaper.

His rap career began at the age of 15 in Greensborough, North Carolina. It was parody and free styling with friends that propelled J.K. The Reaper into the rap game.

He now collaborates with the likes of Denzel Curry, king of the underground.

J.K. The Reaper has music that dates back to years ago, and he has music that is yet to release. He started his own creative content group, Pyramid Posse along with label; FANG gang, aka Fuck A Name Gang. In search of a name for his group, he tried hard for something corny.

What makes J.K. The Reaper so hit or miss? 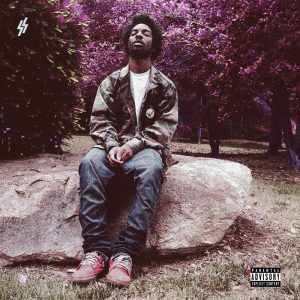 His songs are solid and is features are good.  He does the job well so could it be something else?

On the surface it’s his interviews, they’re not great. He lacks the social value and the enigmatic personality that we need. There have been plenty of dull people to gain the light, so why don’t we overlook these same shortcomings?

I’m not sure; I’ve done my research on the Reaper and I’m struggling to come up with reasons.

Yes, it did take him four years to make his debut album “Digital Tears,” finally released March 6, 2018 and yes, that is far too long. But through the years he has released singles and features and even put out a “greatest hits” mix tape, titled “Grim Reaper,” comprised of singles that have done best.

Is this enough? Maybe not.

The music industry is tough, cutthroat even. Plenty of talent falls through the cracks and is left behind without a paddle to swim. It’s left entirely up to the person, the entertainer within, to decided whether or not to pursue this dream.

No labels, no co-signs, no help. 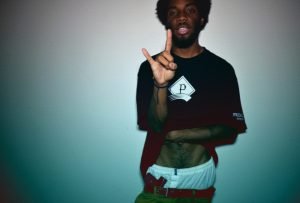 Listen, it can be easy to give up in situations like this, but the Reaper has persevered and continues to work. His material he releases now is mature and thick, comes with pain and sorrow and you cant help but to feel it, personally.

J.K. The Reaper taps into the emotions and the reserve and the things that we keep below the surface. His voice brings about the serious nature of the issues and commands that it be heard.

Maybe now, after “Digital Tears” somebody will pick him up.

I want to let his music speak for itself and to give him the credit deserved. Check out his best song below, and I hope you enjoyed the story of a struggling entertainer.

To Rothbury We Go, to Lose Our Minds and Find Our Souls - Electric Forest 2018 Review & Photos

Denzel Curry and Kenny Beats Team up for “UNLOCKED”