Dave Matthews, leader of The Dave Matthews Band, covered several of trap music’s greatest hits in this sketch presented as an infomercial on, The Tonight Show Starring: Jimmy Fallon.

Fallon, sporting a wig and a nasally voice, asks viewers; “Do you enjoy the ominous bass-heavy bouts of trap music, but wish that it had a more jammin’, earthy sound?” Well wish no more, as the new album, Dave Matthews Sings Trap Music is available now.

In between Fallon’s narrations, Matthews played samples of songs like Migos’, “Stir Fry” and Cardi B’s, “Bodak Yellow” with his acoustic guitar. The jam band leader turned each song into one worthy of an outdoor summer concert, rather than a strobe lit arena. Music fans are largely divided on the topic of Dave Matthews, some defending his music as fantastic while others shrug and admit they “just can’t get into it.” Perhaps if you’ve never been a fan of Matthew’s usual works, you can get into these new trap covers. 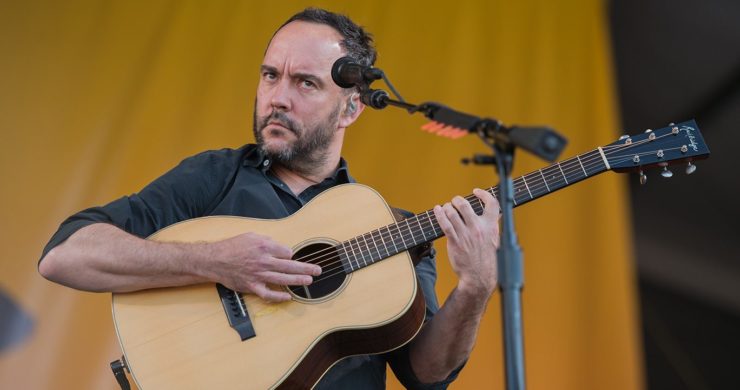 Unfortunately, Dave Matthews Sings Trap Music is only available in this sketch. The video ends with Fallon supplying a link, “www.davetrapthews.com” but when followed, the link only takes viewers to The Tonight Show’s website. When he wasn’t covering trap anthems, Matthews talked with Fallon and performed, “Samurai Cop (Oh Joy Begin)” with the band. The song comes from the band’s latest album Come Tomorrow which was released June 8th 2018.

“Samurai Cop” is a sweeping rock tune with a sound big enough to reach the lawn seats. Matthews delivers each lyric one syllable at a time while a raucous wall of drums and guitar crash behind him. Watch Matthews perform “Samurai Cop” and sing trap songs below.

The Dave Matthews Band is on a summer tour. FInd a show near you here!

Get Ready for the World's First Adult Swim Festival

What’s With The “Free Uzi” Uproar?