It was a bright, beautiful, rainy, Chicago afternoon.

The surface area of the Huntington Bank Pavilion was covered in mud and wet grass. Despite the struggles mother nature enforced on me, I knew I had to achieve my main objective: review a country music festival.

I would not call myself a country music fan. I think the majority of contemporary country songs on the radio are boring, homogenized-pop garbage, and this is coming from someone who considers himself a fan of pop music.

If Kane Brown covered a Luke Bryan song and had Keith Urban feature on the hook, I would not be able to tell who from who. There are certain country music acts I enjoy, specifically those with a more classic sound such as, Kacey Musgraves, Patsy Cline and Hank Williams.

The only mainstream country artist I would say I truly appreciate is, Florida Georgia Line, and in all honesty that’s only because they know how to write a catchy hook. I know FGL was performing Sunday and not Friday, but after listening to the other acts on that day, I just felt Friday would be far more diverse and interesting.

Keep in mind that the acts that I’m reviewing are just the ones I had time to see. There were plenty of other artists I could not visit because of time conflicts between acts, so just remember that this is not representative of the entire festival. This was just my personal experience. Also, even though I did explain my initial bias towards the genre earlier, I did try to keep as objective of a position as possible.

The all female trio opened the festival on the main stage with a pretty strong set. They do fit into the overproduced radio country category I was complaining about earlier, but they actually come through with one of the better concerts of the entire event. First off, the instrumental layering was beautifully arranged. The way the drums mixed with the acoustic guitars mixed with the mandolin sounded amazing. On top of that, all three singers harmonized perfectly with masterful precision. My biggest issue was that the performance was a little forgettable and that there wasn’t anything that struck me as overly mind blowing, but it was an overall solid performance from a relatively new group.

Up and coming country pretty boy, Tyler Rich made the next performance on the Next From Nashville Stage. At the beginning, he did come off as a little awkward. Not where it felt like he was holding back, but more like, he was performing for an audition rather than a professional concert. As time (and whiskey) passed, he slowly became more confident in his showmanship. Even taking the “risk” of covering The Killers’ smash hit, “Mr. Brightside,” which actually didn’t sound too bad. While he does have the initial presentation of a newcomer, so long as he continues refining his sound, he could very well be the next country music superstar.

Before arriving at the festival, I had high hopes for this Southern rock band. At first listen, they did come off as a little generic. They seemed to only mirror the sound of older country styles, without adding their own unique spin. However, as I listened more to their discography, I did come to enjoy the morbid lyricism on, “Straw in the Wind,” as well as their overall style. Sonically, the performance was invigorating. Rough and tough vocals roared passionately over these classic rock inspired guitar riffs. They sounded just as good live, as they do on record. Unfortunately, it’s a different story when it comes to the show’s visual appeal. From beginning to end, there was not a single emotional change musically, or even changes in facial expression from any of the group’s members. There was this constant state of grimness throughout the performance. While the band probably decided to prioritize technical ability over flashy choreography or gimmicks, it did show a lack of appreciation for showmanship. As enjoyable their music is, this lack of emotional expression could be the reason why the band will struggle to find a larger audience. As respectable as it is to remain true to the style by taking a rootsier approach, in the end the group will really only come off as a professional bar band.

Given my preference for older styles of country, I was initially excited for the classical balladry of Tracy Lawrence. Unfortunately, for the majority of the show I was more bored than nostalgic. First off, throughout the show he maintained this cartoonish, goofy, southern drawl that sounds ridiculous, even by country music standards. Aside from that, many of the songs sounded more like they belong in a small town prom, rather than an urban music festival. This style would be cool for a song or two, but to see it go on for about an hour, it becomes pretty patience testing. Despite my issues with the show overall, there is an endearing quality to the songs, along with Lawrence himself. He feels like the uncle no one takes seriously, but everyone loves, even if he is a bit out of touch.

For some reason I remember, “I Drive Your Truck” being a special song during my emotionally volatile years in high school. I assume it was because I felt like it was deep because it talked about death and coping. Nowadays, I can’t help but laugh at how unironically cliche it is. I get that interacting with a lost one’s possessions, is a legitimate way of coping, but the lyrics are so dumb it is really hard to take seriously. Anyways, on to the set. Now I’m not trying to be ageist, but it is weird to hear an almost 40-year-old sing about love experiences one would have in his or her early to mid-20s. I get that some of his songs were written when he was younger, but I don’t get a real sense of maturity from Brice. Aside from that, every song sounds almost exactly the same with a quiet introduction from a solo piano or acoustic guitar, before shooting off into an epic sing along chorus. Do not get me started on the awfully pandering lyrics of “Drinking Class.” Jesus Christ. Regardless of my issues, the show in all honesty was not the worst thing I have seen all year. There have definitely been worse shows this year. It was listenable at least except for the last song, “I Don’t Dance,” where he literally sounds like a dying cat and I am not being hyperbolic. 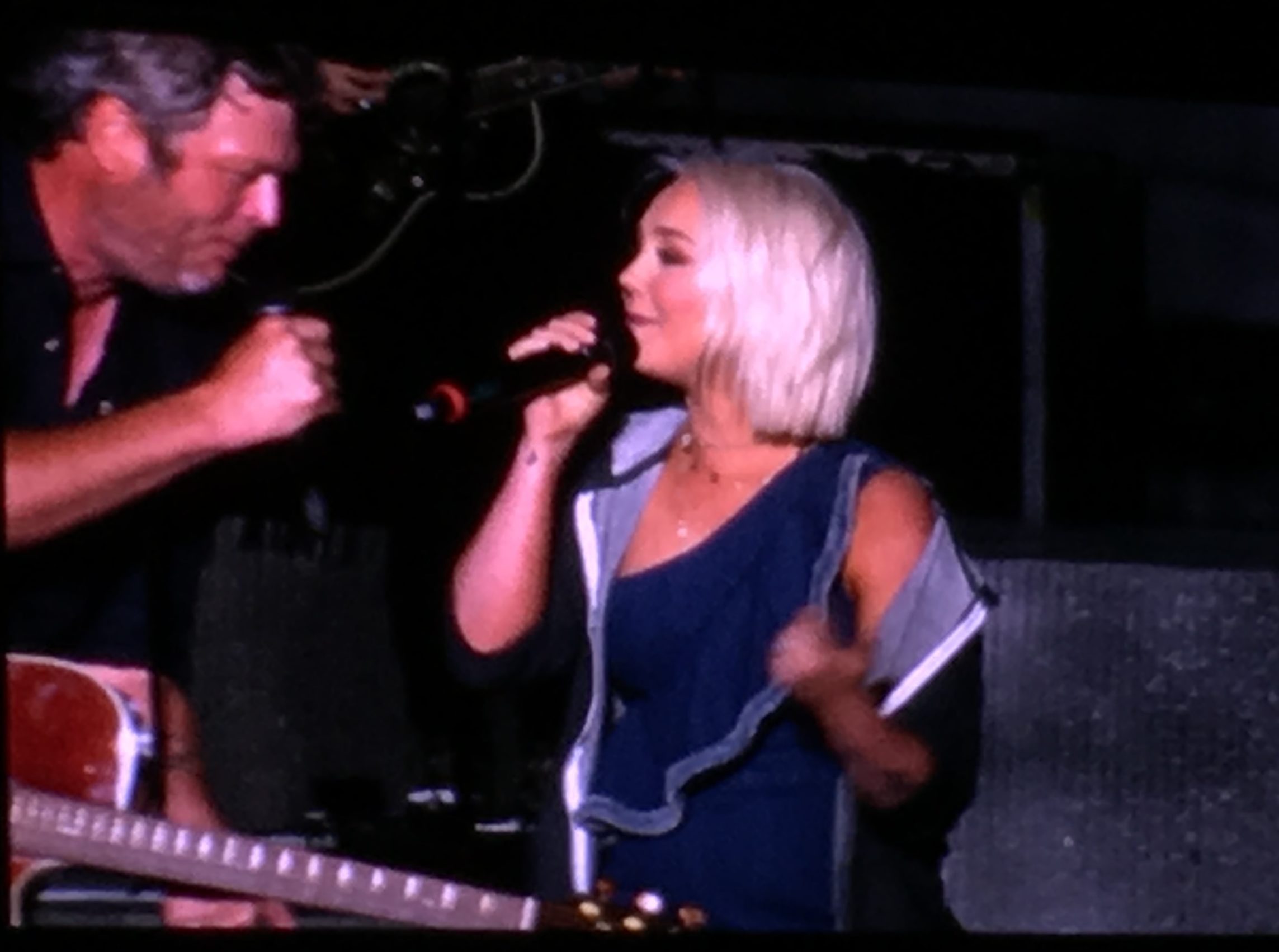 I’ll be honest, I was by no means looking forward to an hour and a half set from country superstar and The Voice judge, Blake Shelton. He seems like a nice guy, but I have always found his music to be some of the blandest and most commercial the industry has shoved down the American public’s throats. However, just as almost every other artist in my schedule had done, he smashed my low expectations. His show was easily the best one, with a surprisingly diverse set of tracks, featuring a solid mix of more somber acoustic ballads, and gargantuan electric guitar driven party tracks. Not to mention he actually shows quite a bit of personality during the banter in between songs. Towards the back-end of the set, he has his fiddler and guitarist face off in instrumental solos which was fairly engaging. The show did become tedious towards the end, but Shelton managed to stay consistently entertaining for the vast majority of his set.

So yeah, this was my first ever experience with LakeShake or even country music culture in general. I wasn’t exp artists to country superstars, then you would definitely enjoy this festival more than me. I will say though tecting it to be as positive as it actually turned out to be. If you are a legitimate country fan and you want to listen to a range of smaller undergroundhat the organizers are scamming attendees by charging over $100 just to get past the lawn section. If you are gung-ho about attending next year, then be sure to get tickets early before they gouge the shit out of you.

Henry is a third year journalism student at Colorado State University with a minor in French. Outside of school, he writes for the arts and culture section of the Rocky Mountain Collegian and he hosts a radio show for the school radio station, KCSU.

Will Lamenting On The Past Save Death Cab For Cutie’s Future?