Titled, “Gold Rush,” it’s the first single off their recently announced album, Thank You For Today, with lyrics that focus on the changing neighborhoods in lead singer Ben Gibbard’s hometown of Seattle. 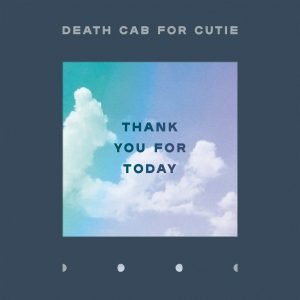 However, these aren’t bittersweet thoughts of an old world hidden beneath an attractive yet unfamiliar new one. It’s a discreet middle finger to powerful forces that yield troubling results.

Technology giants, such as Amazon, have invaded the town and caused increased inequality and gentrification. Gibbard sings that “They’re digging for gold in my neighborhood, for what they say is the greater good / But all I see is a long goodbye, a requiem for a skyline.” It’s not that Gibbard has lost or pushed away his friends and family, but that these unrequited capitalists have destroyed the very foundation that such things used to grow on.

Gibbard is, in short, pissed.

This also begs the question of if Death Cab is really back. Their 2015 album, Kintsugi was full of underdeveloped and meandering melodies and lyrics, leaving most fans underwhelmed and disappointed. Considering how successful this single has already become, there may be hope for Death Cab fans.

It turns out, yearning for the past marks most of Death Cab for Cutie’s greatest work.

Taking a look at such influential albums of theirs such as, Transatlanticism reveals how much of their tone is founded in remorse and a desire to change the past. Whether it be changing the course of relationships or main street, Death Cab for Cutie is known for passionate complaining.

Thank You for Today is set to release on August 17th. If you, like me, have fond memories of belting out Death Cab songs about painful loss, be sure to check out this album to relive such times.

Alice In Chains Cover “Soundgarden” In Memory Of Chris Cornell

A Young Angel of The West Side

Lost and Found at the Lumineers