From an SNL debut, to starring in a new advertising campaign, dressed head-to-toe in Gucci, was the start of how Harry Styles navigated the music world as a solo artist.

After One Direction’s tearful announcement of separation in March of 2016, it didn’t take long for rumors of the boys’ independent projects to circulate.

Word about Harry Styles’ solo endeavors shocked fans of the cheeky singer when he announced he would be appearing in the Christopher Nolan film, Dunkirk, rather than releasing new music. However, he wasn’t planning to leave the music industry for good and signed with Columbia Records for a three album, $80 million contract.

Stepping out in a Gucci Suit for an SNL performance debut, Styles began surprising fans with the maturity, and thoughtfulness of his personal sound. From there, he began to navigate the lonely but all too exciting post-boyband realm dressed, continually, head-to-toe in the Italian fashion house’s outrageous ensembles.

Comparisons to Prince’s purple suits have been made, but nothing quite like Harry Styles’ full fledged affinity for eccentric Gucci originals has been seen in the music industry. With many entertainers opting for streetwear fads Harry Styles’ sartorial elegance can be seen as a product of his British upbringing.

However, Styles didn’t always have such exquisite taste; 2015 marked a breakaway from the teenage uniformity that One Direction made its bones with. This style progression has evolved in tandem with Gucci creative director, Alessandro Michele. Since his surprising 2015 appointment. Michele has brought his love for the weird in fashion and made heavy handed change to the brand. Thanks to Michele’s changes the label was revived while maintaining the identity long synonymous with the Gucci name. 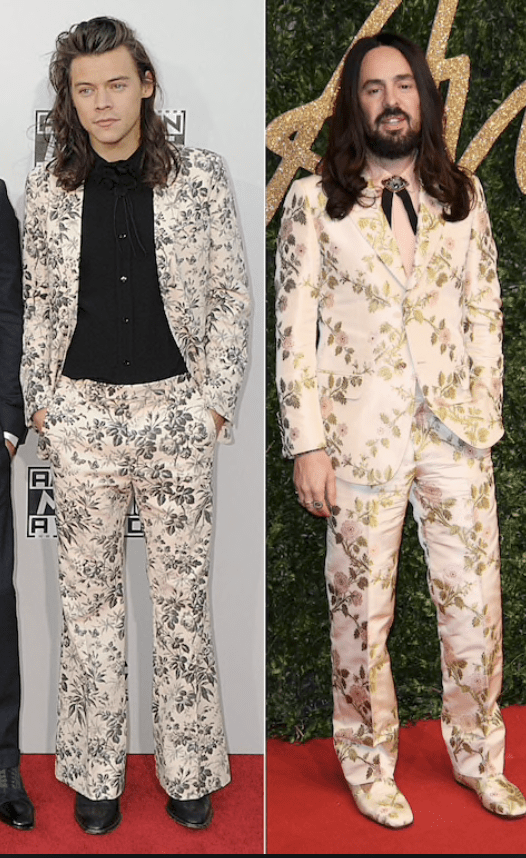 Themes of, nature, animals, and insects blended with shockingly elegant color combinations and patterns. Gucci suits bring bold ideas and non-traditional silhouettes to the men who wear them. So, who better to break away from uniformity than a boyband heartthrob turned rising rock & roller?

When his self-titled album was released on May 12, 2017, fans of Harry Styles were shocked by the 180-turn from pop, to a very genuine exploration of alt-rock. This shift in genre has won Styles a new audience, all the while growing up with the teen girls who have always been devout fans.

With that, Styles embarked on his first independent world tour bringing Gucci along to each city.

With this exclusive relationship, Styles was seen onstage and in his iconic, ‘Live On Tour’ Instagram posts in an overwhelming number of suits designed by Alessandro Michele, ranging from wild floral prints, to more classic plaids. When the music video for his single, “Kiwi” was released, it was hard to tell if it was a true music video, or a Gucci ad. The answer? Somewhere in between. 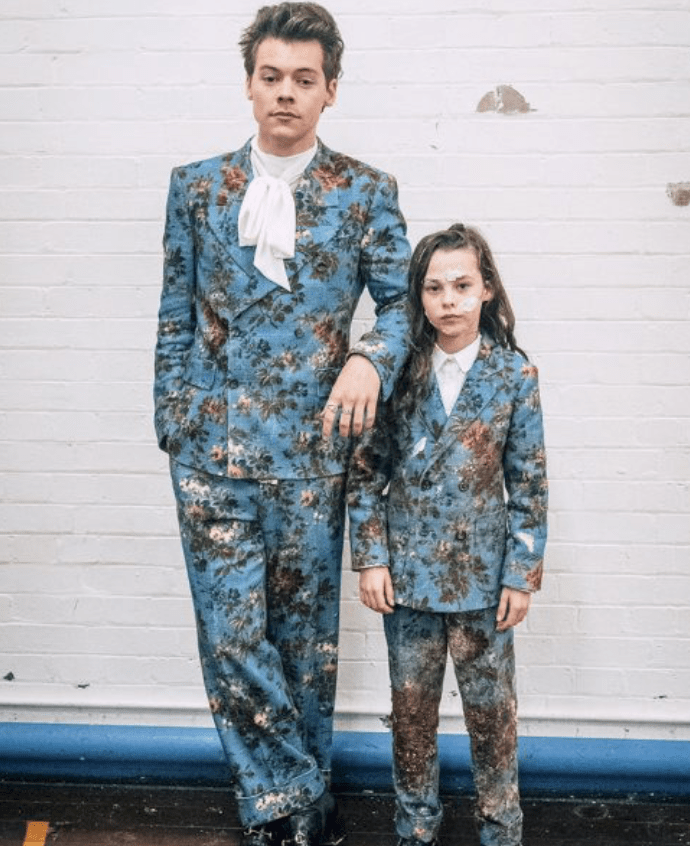 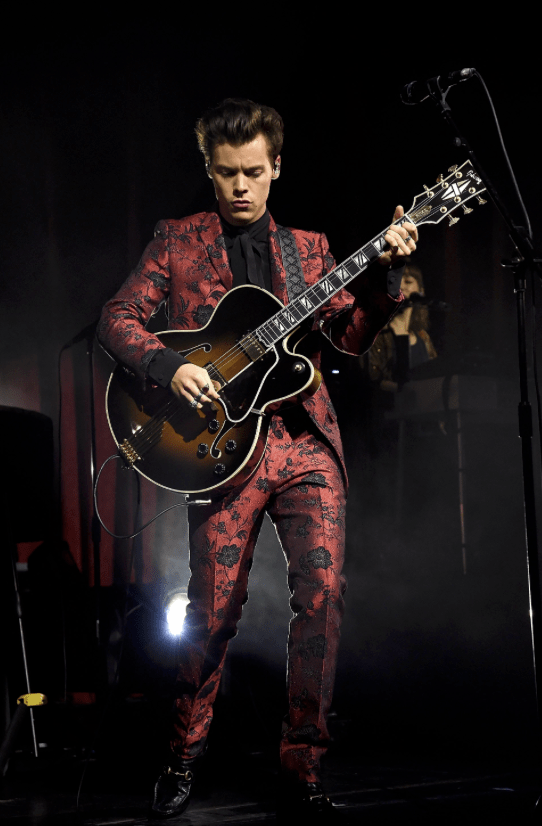 Harvard Business Review stated in 2017 that, “For brands to seduce the millennial consumer, they’ll need to differentiate themselves from the traditional advertising methods [that] millennials typically ignore,” and Styles’ partnership with Gucci does just that. Fans of the song were exposed to kids dressed in fantastical Gucci outfits in a middle school gymnasium, while followers of the brand were exposed to the rising star’s hit song.

In a world where advertising goes unnoticed, a necessity for a “new language” arises. Harry Styles and Alessandro Michele have shown us a perfect fit that makes music and fashion all the more exciting.

Now that Harry’s first world tour is over, along with his exclusive Gucci partnership, we can only hope his love for couture will remain. With Styles fronting the advertising campaign of Gucci’s Fall 2018 Tailoring Collection, we’re already seeing the two work together in new ways.

Metal Albums to Look Forward to in the Fall of 2016