her sophomore album: Pink Is The Colour of Unconditional Love.

Fans of the ascending Brisbane singer received her 2017 debut, Full Closure and No Details, with immediate infatuation. Being released first independently in Australia and shortly thereafter in the US via Captured Tracks — the same label that is home to Mac Demarco.

Reviews from The Guardian hailed the LP as, “Seductive, broody and occasionally sinister,” praising Cohen for her witty lyricism and clever blending of sounds.

Pink Is The Colour of Unconditional Love marks major steps in the right direction for Cohen’s blossoming career.

The record delivers surprising twists on classic pop arrangements making it an exciting and expansive body of work. Covering subjects of loneliness and unrequited love with a comically light attitude Gabriella Cohen and her partner-in-crime band-mate, Kate Dillon, stitch together melodies that swing from bluesy, surf-rock to, popified bossa nova.

Cohen’s transcendent soprano voice shines through on ‘Morning Light’ backed by angelic harmonies and a surprising Brazilian riff midway through the track. All of the songs that make up Unconditional Love seem to be spread out across the globe with their many cultural influences. The music itself was recorded on a farmhouse in Victoria, Australia and given its final touches in England, Portugal, Italy, Mexico, and LA. 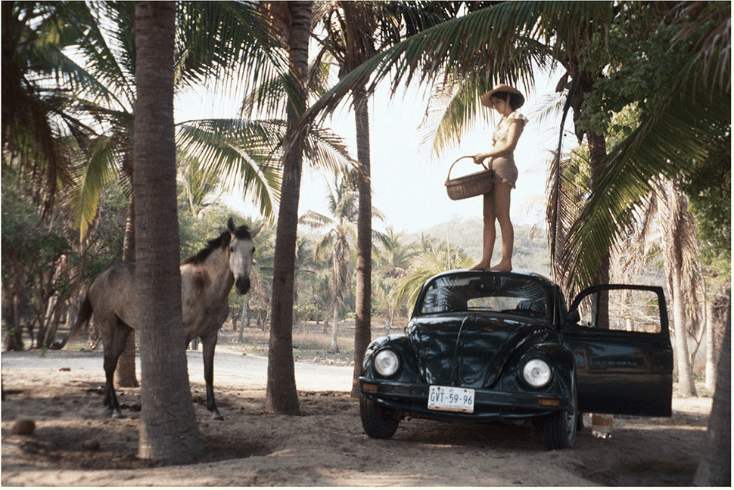 What Cohen can count on to set her apart from other indie cross-genre acts, is her unique brand of meandering melodies tied to a very personal storyline. Woes of loneliness and misery contrasted with electric defiance and authenticity come together on the album to form one  remarkable journey.

Swedish House Mafia Have Something Big in Store