As you already know, there are tons of great shows available on fast-developing streaming services like Netflix, Hulu, and Amazon.

Many of these shows feature compelling soundtracks that give more personality and emotion to each episode. A good soundtrack is more than a list of popular songs. It should be a collection that adds something to the audience’s experience. I thought I would share some of my favorite TV shows whose soundtracks are an integral part of the show’s theme. 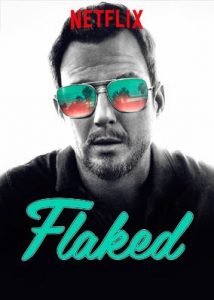 First up is Flaked, a Netflix original dramedy created by Will Arnett and Mark Chappell. Arnett stars as Chip, a recovering alcoholic in Venice Beach, CA, trying to get his life in order after a tragic car accident. The show is rife with sun washed boardwalks, thrifty storefronts, and colorful cafes. Things move slowly in this scenic neighborhood and the characters maintain an air of California calm. Adding to the overall sense of chill are artists like Kurt Vile, Youth Lagoon, and Car Seat Headrest. Their songs flow with a positively melancholy sound that vibes perfectly with the Venice hipsters.

Youth Lagoon is a lo-fi pop outfit that has been compared to vintage Pink Floyd and the Flaming Lips. Car Seat Headrest are the creators of the albums Teens of Style (2015) and Teens of Denial (2016). Their song “Something Soon,” which appears in season one of Flaked, is a perfect description of Chip’s journey for self-acceptance. While it’s not the most cheerful soundtrack, it is perfectly paired with a glass of red and a series of bad decisions, two things that Flaked does very well.

You may have heard some of the buzz surrounding this bold show about black students at the prestigious and mostly-white Winchester University. Based on the acclaimed 2014 movie by the same name, Dear White People made its Netflix series debut in April, 2017. Logan Browning plays Samantha White, a biracial student who hosts a controversial radio show that she uses as her soapbox from which to discuss issues facing Winchester’s black community. 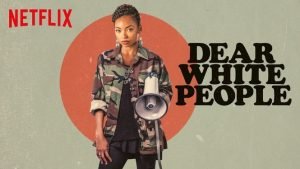 From the first episode, DWP boasts a powerful collection of hip hop and rap anthems that set the mood of the series. Childish Gambino, DeJ Loaf, Future, and others provide songs that bite just as hard as White does when she’s on the air. Throughout the series, each song draws the audience further into student life at the illustrious school.

Sam works to uncover harsh realities through her radio show and the show’s soundtrack helps lift the curtain that can often hide those realities from view. You feel connected to her broadcast via the tracks that play through Beats, earbuds and laptop speakers all across campus.

Here’s a tiny project I found from little-known creator Vince Gilligan. Bryan Cranston plays Walter White, a mild-mannered high school chemistry teacher who learns he has terminal cancer. Hoping to leave something behind for his family, he goes into business making some of the best crystal methamphetamine north of the Rio Grande. While you probably know the story, you may not know the music that adds another layer to the five-season chronicle. 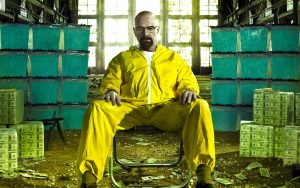 Artists like The Silver Seas and Neil Young provide mellow back country songs during the show’s less deadly scenes. Acoustic guitar-wielding duo Rodrigo Y Gabriela and Los Cuates De Sinaola are two of the artists that supply Latin American flare. Gnarls Barkley’s hip hop gospel song “Who’s Gonna Save My Soul” perfectly highlights the grave danger that gradually closes in around White. From techno beats to classical Spanish guitar, the soundtrack to Breaking Bad adds a flavor to the show that is even spicier than Jesse’s secret meth ingredient, “chili P.”

Garage Rock and Indie tunes provide the backdrop for this adult animated show. Animals comes from the mind of Phil Matarese and Mike Luciano. The show follows the lives of several downtrodden animals living in New York. As the characters navigate dead end jobs, identity crises, and awkward parties, a unique mix of songs from artists like Ava Luna, Diarrhea Planet, and The Fresh and Onlys help this series stand out more than it already does. Every band in the collection has their own special sound because a show as unique as Animals deserves a soundtrack that is equally one of a kind. Four of the six members of Diarrhea Planet are guitar players. As a result, their sound is a powerful, messy pop punk drive that may remind you of the Ramones; only with more guitars. 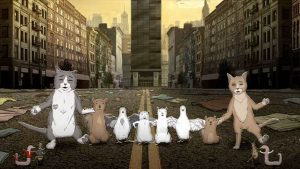 Many of the artists in this collection have fewer than 1,000 monthly listeners on Spotify, a sure sign that they would excite even the pickiest Indie fan. If you can stomach a bit of dark humor, and you want to discover some cool bands that will impress your friends, Animals could be your perfect match. Songs like Total Slacker’s “Sometimes You Gotta Die” and “Ghost Tonight” by Chairlift prove that Animals is a horse of a different color.

Scott Pilgrim Vs. The World – Netflix

Finally, an oldie but goodie, this 2010 movie features songs from Metric, Broken Social Scene, and of course, Sex Bob-Omb. The movie is based on the graphic novel series Scott Pilgrim. Scott, played by a wonderfully awkward Michael Cera, is the bassist of Sex Bob-Omb, a fledgling indie punk band. Beck wrote and composed the music played by Sex Bob-Omb in the movie, and their songs are available on Spotify. 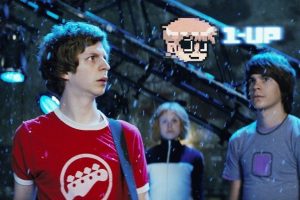 The movie does a great job of blending the music of Scott’s fictional band with real-world artists. Brie Larson plays Scott’s seductive ex Envy Adams, who is also the lead singer of a very popular rival band, The Clash at Demonhead. Metric is the real-life band that give The Clash at Demonhead their awesome sound. Their brooding track “Black Sheep” is one of the best musical numbers in the movie.

Although it’s not a series, I thought this movie deserved a mention in this list of great soundtracks.

We at Red Roll would love to hear what some of your favorite movie/TV soundtracks are. Share your thoughts and comments below!

Alice In Chains Cover "Soundgarden" In Memory Of Chris Cornell

10 up and Coming Artist to See at Lollapalooza!