Releasing on Cuff, This Ain’t Bristol, Bunny Tiger and many more; DJ Bruno Furlan is a Tech House trailblazer.

In just the past two weeks young Bruno Furlan, an adept Tech House producer and DJ has been laying down some seriously heavy artillery music. Bruno has unveiled an EDM EP three-peat, proving he is here to stay. The proudly Brazillian ‘Dirtyboy’ has been wowing electronic fans for the about two years, consistently churning out quality tracks (though he has been known to provide lower quality audio for SoundCloud).

Bruno Furlan has been touring the world, infecting crowds with a deep love for his unique style, and has been seeing loads of support from powerhouses in the industry from various labels. Having personally seen Bruno throw down at Dirtybird Campout 2016 I can attest that, despite being fairly new to the big festival circuit, Bruno has the crowd control of a veteran with the passion and heart that can only come with someone with a true love for the craft. 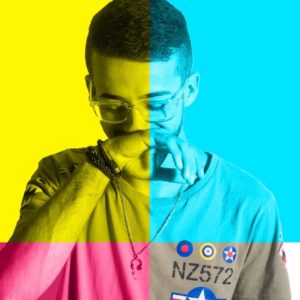 Out 6/9 were his EPs Action Juice – on Dirtybird and Horn – on Whistle. His Florest EP came out on MOOM 6/1 and features a handful of remixes of his previous songs. All three EPs are ripe with Bruno’s banging bass and wild style. The same day Florest was released, Furlan also released “Play That Beat” on Só Track Boa. Among all of these fresh releases it’s hard to pick a favorite, and with so many different sounds; it’s largely up to the individual tastes of the listener.

If you’ve managed to let this Tech House virtuoso slip past your musical consciousness it might be in your best interest to wander over to your favorite streaming service and give him a listen. A few songs adored by fans of Mr. Furlan include “Claquete 1”, “Casa Do Amor”, and “Sieve”.

Internet Rallies Behind Teenager and His Guitar