The time to take action is now.

Jet setting around the world to tour and play music festivals comes at an environmental price. Aviation expels particulate matter and various chemicals into the atmosphere. Carbon dioxide (CO2), a byproduct of air travel, is a major contributor to global climate change. In 2008 DJs Against Climate Change was started by Sammy Bananas in an effort to mitigate the carbon footprints of DJs whose careers depend on traveling all over the world. The group has since been rebranded as DJs for Climate Action (DJs4CA), emanating a more positive tone; one that is much needed in today’s particularly gloomy looking reality when considering anthropogenic forces on Planet Earth.

DJs for Climate Action states its purpose as “Connecting DJs and fans with climate conscious projects to help the planet and those in need while raising awareness about the global threat of climate change.” Through DJs for Climate Action, DJs can offset their carbon footprint with their donations to the Airplane Travel Offset Drive. The website boasts that two million pounds of atmospheric carbon dioxide have been offset since the inception of DJs4CA. The CO2 offset by DJs4CA is a mere molehill compared to worldwide output. A more than 30 billion ton mountain of CO2 is poured into the atmosphere by means of power generation per year. However, actions such as this are an important step to creating a clean and just future.

We have no right to degrade the planet for future generations.

DJs for Climate Action often focuses its support on the National Resource Defense Council (NRDC). A major initiative within the NRDC, at this moment, is to defend the Environmental Protection Agency from dismantlement by the current administration. Learn more about the NRDC’s aims and actions on their site. 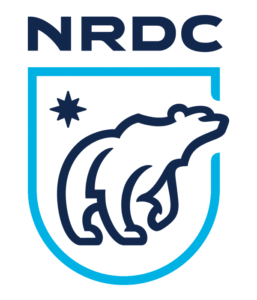 With surmounting pressure on the global environment and climate, the political climate within our country is also in a place of turmoil (for numerous reasons which shan’t be discussed here). 2016 and 2017 have been characterized by an evident increase in activism and protest. DJs for Climate Action is staying active in the movement in its involvement in the upcoming Climate March on D.C. The Climate March is set to take place April 29th. DJs for Climate Action will be hosting an after party for the march. Headlining the party are Bit Funk, Treasure Fingers, and Sammy Bananas himself. All proceeds are to be donated to People’s Climate Movement (PCM). PCM was responsible for organizing this march on Washington. Feel free to check out their site to learn all that this particular march stands for.

DJs4CA is an effective agent of education and awareness; fighting for the sustainability of our ecosystems and for environmental justice. The organization allows DJs to give back to the world that has allowed them to reach this level of success while setting an example for how successful people and corporations should act. In our world there is a very uneven distribution of costs and benefits of various forms; DJs for Climate Action aims to lessen the unjust burden laid upon others while taking responsibility for burdens created by living a traveling performer lifestyle. DJs4CA is the true embodiment of what electronic music stands for. 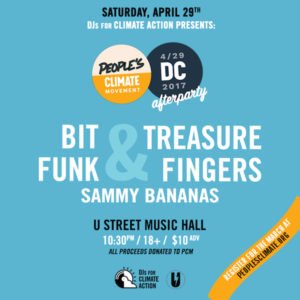 Take the pledge HERE and spread the word!

It seems we cannot place our trust in those with the money and power to set an example and make the important advances for society to have a viable and fair future. We must be the change ourselves. It brings hope knowing that there are those with influence in the scene that are using their influence for the betterment of humanity.