On Saturday, Feb. 25, electronic rock trio, Savoy, tweeted, “Going to be legendary tonight Chicago. Completely sold out, we’re bringing out all the stops”. This tweet promised a legendary performance and Savoy did not disappoint.

React Presents and Silver Wrapper hosted Savoy at the First Ward Chop Shop in Chicago, on the tenth stop of their “Tomorrow Today Tour Pt. 1”.

The Chop Shop is a very small venue which made for an intimate performance from all three acts.

Chicago-based producers, Purple Tokyo, started off the night with tracks from their album Deities, which put the crowd in a feel-good mood, perfect to set the tone for the rest of the evening.

Between Purple Tokyo and Savoy, Brendan Baldwin, better known to his fans as “Puppet”, took the stage

Baldwin hyped the crowd with his energetic stage presence while performing various tracks off his EP, Fear Is Fleeting.  In the middle of his set, Puppet remixed “Shelter” by Porter Robinson and Madeon, and the crowd was ecstatic.  Many were singing along with expressions of happiness and love.  At the end of his set, Baldwin brought his brother, Brede Baldwin, on stage to perform his last song of the night with him.

As the clock hit midnight, Savoy took the stage to a hyped-up, excited crowd ready to get down to funky beats. Savoy is known for having a mind-blowing laser light show to accompany their performances and Saturday night was no exception. During their track, “Living Color (feat. Fatherdude)”, pink, blue, green and yellow lasers flashed over the mesmerized crowd. Throughout their set, Savoy performed songs off their recently released EP, Tomorrow Today, Pt. 1, and kept the crowd dancing the entire time. To finish out the night, they played an encore of remixes of “Killing in the Name Of” by Rage Against the Machine and “Fat Bottomed Girls” by Queen.  Both songs made the crowd go wilder than they already were and it was a phenomenal ending to a fantastic evening. 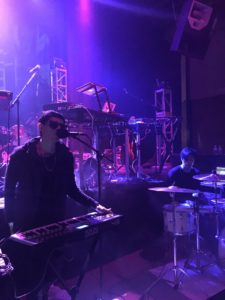 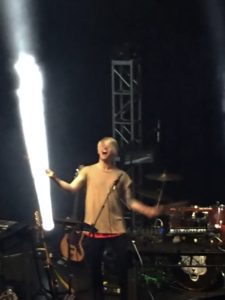 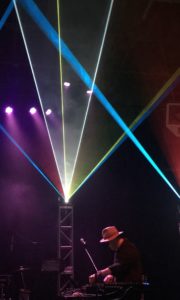 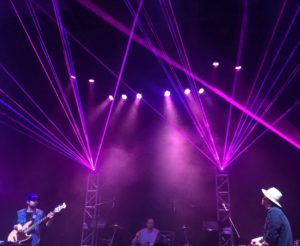 Is OWSLA selling out with "Weekender" playlists?

Get MANT on Your Radar.

“What Does Quarantine Time Mean for Artists and Fans?”