Some music snobs loathe remixes, but many electronic fans revel in the chance to hear a different take on a song that they love. Remixing a song, for true artists, is not about being on-trend; it’s about taking a song you admire and letting your imagination take it somewhere it hasn’t already been. For those who aren’t disgusted at the thought of a remix album; check out a fresh batch of reworks of the 2016 mega album Hello Clouds by none other than the great Justin Martin, released Friday, February 24th, 2017. This collection of mixed songs appeals to Dirtybird die-hards and beyond with features by big names from the label as well as a few producers still relatively unknown to the masses.

Walker & Royce bring a gritty, party vibe with some sinister vocal reworks to this funky track. It is certainly a standout remix and deserves its placement as the first track on the album.

Ardalan does his good friend justice in his rework of “Hello Clouds”. Bringing his recognizable “Persian cowboy” flavor to this fan favorite anthem.

This remix is vastly different from the original. Despite how many times I heard the original, I had to check the name of the track on this one, as it was unrecognizable to me. Indeed, the track is missing its signature grunt. It shows how truly broad of an interpretation a remix can be.

Kyle Watson successfully maintains the tender undertones of the OG track, whilst bringing a new perspective with a slamming bassline. Very few of the original vocals remain intact, but the essence of Justin’s “Odyssey” remains for those with the ears to hear it.

Doorly’s rework of Midnight removed a bit of the Christian Martin DnB flavor, substituting it with a prominent House vibe.

DJ Marky adds an interesting twist to Justin’s popular track with this DnB rendition of “Back to the Jungle.”

Lenny Kiser proves that he is good for more than producing comical tracks, with this remix of “Rabbit Hole.” One could dare to say this song even dances around the edges of emotional.

This rendition of “Hello Clouds” is utterly delicious and downright sinful. Dancing to this track is practically mandatory.

Soul Clap’s version of “Midnight” is dreamy and entrancing. It is a splendid mix of chill and upbeat rhythm.

Low Steppa’s rendition of “The Feels” holds more tightly to the original track than does Walker and Royce’s as far as the vocals go. The song starts off light and airy, but by halfway through transitions into heavier bass and vibrant energy.

A little bit old-school and a little bit new-school; this remix of Rabbit Hole is a surprising take on the track. Complete with exciting vocal mixing, this mix is a wonderfully entertaining listen. 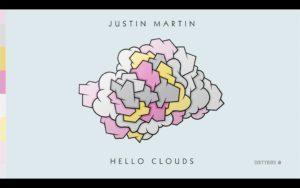 This is the same track as above, minus the vocals. This gives the track a greater feeling of individuality, as it isn’t as obvious that it is a remix.

This take on “Back to the Jungle” has Chris Lorenzo’s name all over it, in all of its bass-y glory

Behemoth, Lamb of God, and Slayer to Tour North America