Chicago Open Air has returned for its second year with the announcement of its 2017 lineup!

The headliners for Chicago Open Air are KISS, Korn, and Ozzy on July 14th – 16th. Like last year, the event will take place at Toyota Park in Bridgeview, IL. Other acts include Rob Zombie, Godsmack, Slayer, Megadeth, Seether, Stone Sour, Anthrax, Clutch, Lamb of God, Meshuggah, Amon Amarth, Steel Panther, and many more. You can find the full lineup for all three days below.

Tickets go on sale this Friday at noon local time at the official Chicago Open Air website. Tickets prices are as follows:

Of course, there’s still more to Chicago Open Air than the music. According to an official press release, Chicago Open Air will feature Gourmet Man Food and special craft beers, a pre-party and after-show event, a metal themed dive bar, and many other events hosted by non-profit organizations. [x] 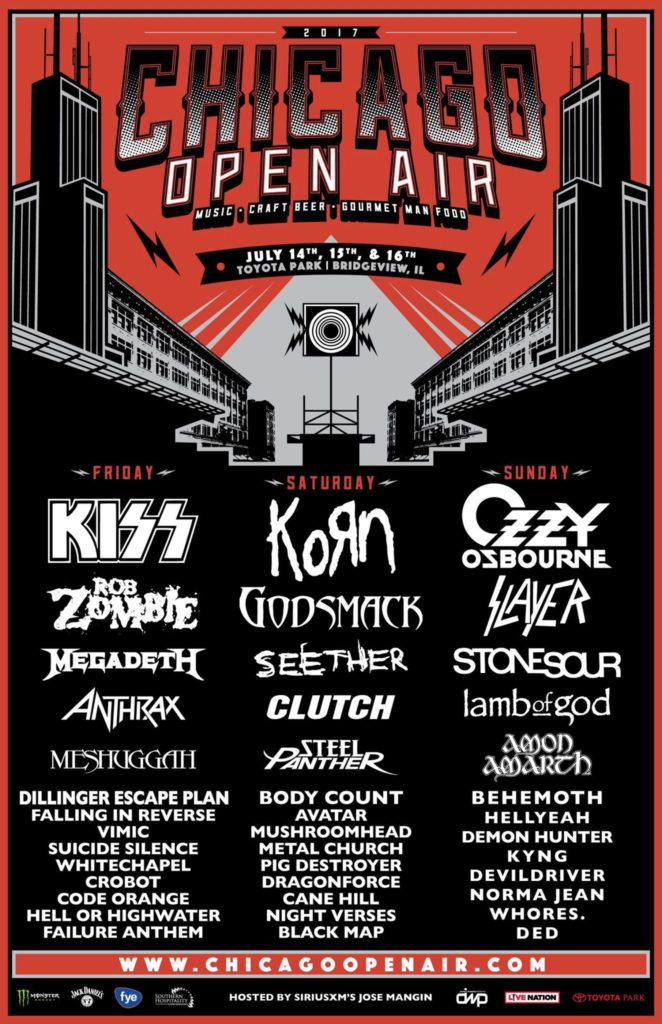 Let us know what you think of the bands performing and if you’ll be going in the comments below!

Swedish Musician Reveals Himself to Be Former Member of Ghost

Albums to Look Forward To