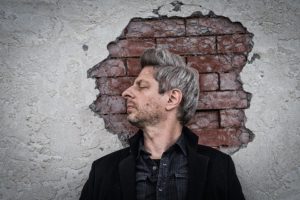 If you didn’t already know, Mike Gordon is the kick ass bassist to the legendary band Phish.  Starting his passion for music in his early youth, Mike has dedicated his soul to the groove.  From electric bass to a banjo, Mike’s fingers have the magical touch.  Although still rocking it out with the beloved Phish, Mike began his solo journey in 2003. During that time he has composed with many brilliant talents. His current band, made up of equally talented musicians, will be joining him at Gem & Jam.  His band includes Scott Murawski, Robert Walter, John Kimock and Craig Myers. They have been rocking out and selling out tours across the states since Summer of 2015. When describing this dream band make up, Mike Gordon’s Official Website quotes; “Unlike previous “projects,” the goal was to put together a band that would be in it for the long haul.”  If Mike has created this band in hopes of a long lasting collaboration we know it is going to be one for the books.

2017 is looking like the year for Gem & Jam, only a true fool would miss out on all this festival’s magic.  For special brand ambassador pricing contact me via email at kenzieinthecut@gmail.com.

Music is cool and so am I.