This Sunday, May 29, one of the greatest collaborations in electronic music is coming back to Chillicothe, IL – Big GRiZmatik. The trio, which consists of DJ’s and producers Big Gigantic, GRiZ, and Gramatik, is one whose devoted fan base longs for year in and year out.

The group surprised a hungry crowd of Electric Forest attendees with their first appearance together back in 2012, and has since than made what many would claim to be an underwhelming amount of reiterations.

This weekend, though, Big GRiZmatik will be hitting up Summer Camp Music Festival together for the first time since their unofficial appearance in 2013. And there is many, MANY reasons to be more excited than ever.

If you are unfamiliar with the group, here are the two only officially released singles by GRiZmatik.

All three artists have made a substantial amount of progress in the past few years regarding their solo careers and the solidification of their own sound and status in EDM culture. The new and intricate approaches they’ve made in those years to the electro-funk genre that they helped cultivate, makes their die-hard patrons eager to hear the direction the trio’s sound will go.

GRiZ and Gramatik have both released full-length projects since their last get-together. GRiZ’s latest studio album Say It Loud, as well as Gramatik’s new very recent Epigram, are both available for free stream and download on Soundcloud.

Back in March, both guys teased word of a new GRiZmatik track in the works, something Sunday’s attendees are definitely hoping to get ear of come Big GRiZmatik’s late night set…

And finally, there's a new Grizmatik tune in the works. ⚔😵

If you don’t have the chance to come down to Chillicothe, IL this weekend, the trio is also scheduled to make an appearance at Camp Bisco in Scranton, PA come mid-July. However if you do have the opportunity, I highly recommend you be at Three Sisters Park this weekend for what is looking to be an unforgettable performance. Summer Camp began today for it’s Thursday Pre-Party ticket holders, and starts its official 3-Day experience tomorrow, May 27-29. 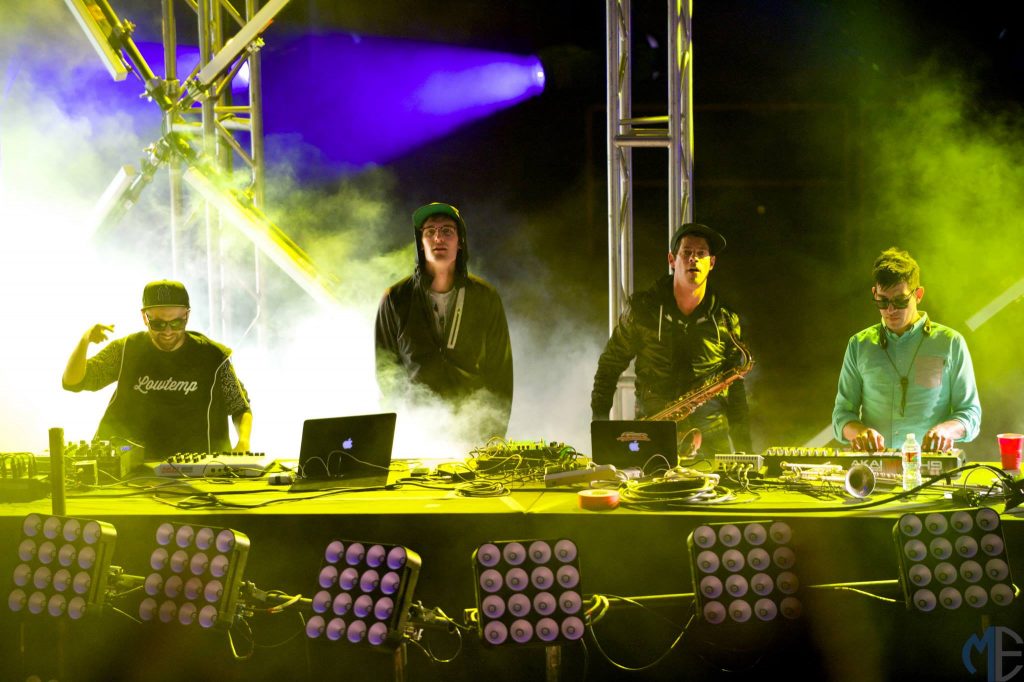 3-Day wristbands are still available for purchase on the Summer Camp website, as well as Sunday one-day passes, which include the Big GRiZatik performance and general admission camping for the night. Hopefully we’ll see you there!

Check back to Red Roll for more updates on the artists to look out for this summer!