Each year there are longstanding festivals that suffer the worst of the fates and have to cancel like TommorrowWorld, All Good, and Wakarusa, however with each failing festival a new one pops up in its place. There is something special about first year festivals; it might be the cloud of mystery and the unlimited possibilities, or it might be the opportunity to share an experience that nobody else has ever had. Okeechobee impressed earlier this year when it produced one of the most memorable first year music festivals in recent memory with its All-Star lineup, super jams, and themed stages Jungle 51 and Aquachobee Beach.

If you missed missed the magic at Okeechobee then these first year festivals are the next best shot at welcoming in a new tradition.

Bringing a new kind of jam to Toyota Park in Bridgeview, Illinois on July 15th-17th Chicago Open Air is set to electrify with over 60 rock bands on two stages. The extensive lineup features performances by Disturbed, Slipknot, Five Finger Death Punch, Korn, and Marilyn Manson and with tickets starting at $150 for bowl seating and $270 for general admission it will be one of the best chances to see hard rock in the Chicago area. Amplifying the excitement is the fact that Ramstein will be playing their only U.S. show of 2016 at Chicago Open Air only amplifys the excitement for some midwest metal madness.

This newcomer was announced just a couple weeks ago for October (7-9 & 14-16) but it has already been dubbed “Old ‘Chella” thanks to its classic rock lineup, Coachella location, and grandstand seating for grimacing old knees. All old jokes aside, Goldenvoice has produced a lineup from the golden era of recording with The Rolling Stones, Bob Dylan, Paul McCartney, Neil Young, Rodger Waters, and The Who. These musicians have solidified themselves as legends in the music industry and this is likely the last chance to see them play an iconic event together. If you can look past the sold out general admission there are reserved floor seats available for $700 or reserved grandstands for $1000.

Colorado has a handful of music festivals already and Bassnectar’s first full weekend of Basscenter adds another to the list, but Vertex knows there’s room for something a little different. The 20,000 person festival Buena Vista has a diverse lineup of artists with Alabama Shakes hot of their Sophmore album, the jam band Trey Anastasio playing two sets, and the electronic duo Odesza who play Red Rocks just a month before Vertex. Other announced artists include Big Wild, BadBadNotGood, DopaPod, JaiWolf, and Seven Lions. Tickets are currently $235 for the even weekend of August 5th-7th. 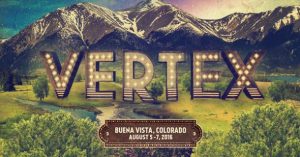 This year marked the sad loss of the monumental Tomorrowland festival in Atlanta, Georgia but the creators of indie rock fest “Shaky Knees” are looking to capitalize with their own electronic festival. Shaky Knees takes place this weekend on May 13th-15th and what better way to capitalize on the event infrastructure than to throw another festival the weekend after. The 3-day Shaky Beats festival features electronic headliners Odesza, Major Lazer, and Porter Robinson but there are other notable acts like the masked Dj’s Marshmello, Zhu, and Watch The Duck. Shaky Beats brings more to bass for the beat heads with hip-hop performers Nas, ASAP Ferg, and AER. Tickets are just $162 for the weekend with single days offered as well 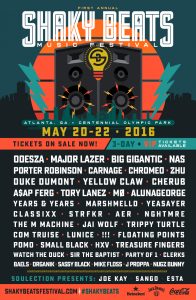 It’s an exciting year of firsts for Goldenvoice who is responsible for the iconic Coachella Valley Music Festival. In October they are preparing for Desert Trip but long before that they are trying to bring that Coachella experience to the east coast with Panorama at Randall’s Island Park, New York City. Tickets start at $370 for the 3-day multi-genre experience takes place on July 22nd-24th with performances by Arcade Fire, Kendrik Lamar, LCD Soundsystem and many more. Each ticket even comes with free admission to the Queens Museum to see the amazing Panorama of the City of New York plus its newest exhibition, “Hey! Ho! Let’s Go: Ramones and the Birth of Punk” on view from April 10 through July 31. 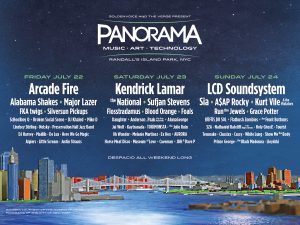 I am a senior mass media communication student at Illinois State University and I also work at ISU's radio station 103.3 WZND. Music is my passion and I express myself with guitar, drums, bass, as well as music production in Ableton Live. I have traveled all over the country to review music festivals in search of the perfect festival experience.

For Those Who Don’t Know: 5 Reasons Paul McCartney Matters