I arrived at The Olympia Resort in Oconomowoc, Wisconsin more than ready to see what awaited me at The Winter Warmer 2016 Takeover Extravaganza. This proper, “shirt and tie” resort has become infested with every edm clique you can think of. Kandi Kids, Wooks, Shufflers, couples that have found a babysitter, and Heady people. Upon my entrance the brief scent of old money and leather shoe polish opened my eyes as to how nice this place is; but it stood no chance against a resort full of hungry headbangers. The name “Takeover Extravaganza,” lived up to its title; this place was booked from top to bottom; one hundred and ninety rooms filled with eager music lovers. Complete with indoor and outdoor pools, fitness center, and a spa; and believe me, after the first night of dancing a massage will make you feel reborn and capable of jamming out just as hard as you want. The 5th biggest indoor festival of the year blasted off on Thursday; while the main ballroom was being set up to accommodate the madness that was near, two out of the six stages were live and loud.

Psydell, Beak Nasty, and Danny the Wildchild closed out the Ballroom while Stavish and Jason Allen closed out The Nightclub Bar. Beak Nasty was by far my favorite band of that night. Accommodating to jam and electronic genres, they had a Manic Focus set up; a drummer (who is actually a really nice guy), and a dj (who is also pretty cool).Beak Nasty also opened up the festival on Friday which, by now, was in full swing. Hordes of people thirsty for live music, free wifi, and room service swarmed the check-in desk. The main ballroom was honestly amazing and creatively decorated. With various line-art murals and vendors galore, the true attraction, in my opinion, was the lights. Miraculous lasers constructed in the form of a “mirror show,” which is basically setting up mirrors in a way that when the lasers hit them they reflect; hitting another group of mirrors, and finally projecting out above the crowd creating a “laser ceiling” for the festival goers to dance under. Anthony Peterson, father of the mirror shows, creatively constructed this contraption and also happens to be the founder of After Dark Lighting, the company responsible for putting a visual aspect to the artist’s music. The main aspect I found quite interesting from After Dark Lighting was that their lights were not programmed to a certain mode; they were actually freestyled. Like a dj on the turntables, Anthony as his team were dj’s on the computer keys. 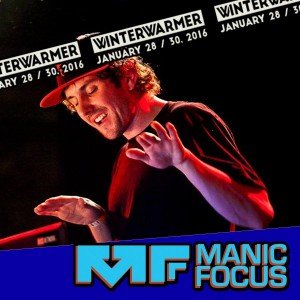 After Beak Nasty warmed the crowd up for Petey Clicks who threw down a fantastic mix; stocked with a blend of future bass and house. Petey definitely was a fresh sound and a fantastic appetizer for the filthy weird sounds of Bleep Bloop. Underrated and overlooked, Bleep Bloop was the first to bring dubstep into Winter Warmer and it was anything but forgettable. Playing favorites like Plastic Flower People and Mind, both collaborations with G Jones, and mixing popular rap songs to accompany the filth, the crowd was pulsing energy. Russ Liquid took the stage while the audience regrouped and picked their faces up off the floor. Once their set was prepared, the funk was birthed. A plethora of instruments cascaded into the crowd and danced around with the audience all night. Trumpet, guitar, drums, saxophone, and some electronic aid, Russ Liquid quickly became a favorite of mine and plenty of others as well.

The day was Saturday and the exhaustion was heavy throughout the halls of the Olympia Resort. Strolling through the halls I could see the anguish that their bodies felt but the excitement was evident on their faces. The show started at eight, however everyone took full advantage of the time to relax and rest up for another night of insanity, this one even more hyped. The lineup for Saturday was disgusting to say the very least; a climax of very talented dubstep producers to be closed out with some well-deserved and much needed funk.Yheti was the first artist to gather a crowd in the main ballroom and that crowd only grew as the night continued. Wubs filled the room as he took the stage and the audience was enticed by each unique drop; he even played G Jones’ song F**K WHAT YOU HEARD as well as a remix to Twist by Korn but added a dash of “Yheti” into the mix and it wasn’t anything short of fantastic. Spankalicous was up next with some delightful noise to follow up Yheti’s rampage. Comparable to the chillness of U.K dub but also as grimy as regular western dubstep, Spankalicous surprised everyone with the unique drops and original build-ups. The most surprising artist, in my personal opinion was Psymbionic, a tall dreaded mastermind with an exotic, fresh sound that kept the filthy dub but also was experimental on many aspects; check his song, Low Tide to get a feel for what I mean. One of the most unforgettable moments from that night was actually produced by Psymbionic. After this grimy performance, he drops Stellar by INCUBUS!! He showed his true colors and versatility as a producer and artist and left the stage with the perfect outro. 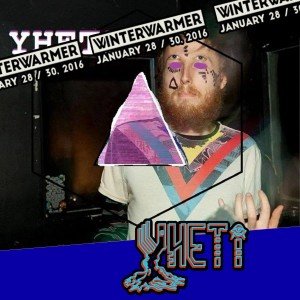 Mantis was next up on the main stage to take the reins and steer this crowd into filthy fiesta. Layers of dubstep, rap, weird sounds, and trap attacked the festival goers and left them with only one objective. Dance.  Dropping his newer track, “Slangin” featuring Armanni Reign, Mantis help the audience in his palm and with the help of After Dark Lighting, captivated the packed room of more than a thousand people. Finally, the main attraction and headliner of the entire festival, Manic Focus graced the audience with their beats and left them speechless. A surprise appearance by none other than Artifakts at the ending of Manic Focus’ set and a tasteful cap on the night. The talented J Phlip closed the night out on main stage at five in the morning and as the crowd filed out, the empty room still had an energy amongst it.

A lingering blend of emotion weighed heavy in the room as the vendors became to break down their tables and staff members dissembled the main stage and lights. Winter Warmer Extravaganza was…well….extravagant. At the end of this overlooked festival there were twenty three individuals who were arrested and charged for drug offenses; some with possession and others with the intent to sell.Overall, Winter Warmer 2016 was extremely memorable. Vendors of all different styles littered the sides of hallways and backs of stages, eager to show their creations. Apparel of all kinds, pins, hats, bowls, rigs, pendants, gloving necessities, and even massages filled the vendor stands and fulfilled the festival goer’s needs and wants. Wisconsin has never been so hot during the end of January, and I consider myself lucky to have been a participant during this time. Next year when you’re planning on going to Winter Warmer make sure you pack your swimsuit and plenty of Neosporin; because this festival is hot.

Gonzo Journalist. Love advocate. Music addict. Memory maker. Chicago is my birthplace but this world is home. I'm consciously and unconsciously evolving and I'm enjoying every minute of it.

Me and That Man’s Songs of Love and Death – Review

Chvrches, “Love Is Dead” Is On Par With Their Previous Releases

From 15 Minutes to the A-List: A Look Back at Doja Cat’s Magnum Opus