React Presents announced yesterday the lineup for its Freaky Deaky festival that will land on Halloween weekend.

Also announced was the three-day extension to the festival and a new, bigger location at Toyota Park in Bridgeview, Illinois, just 12 miles away from downtown Chicago.

The festival will be held on Oct. 30th-Nov. 1st and includes over 75 artists and three different stages. Some of the headliners include Bassnectar, Armin van Buuren, Pretty Lights, Big Gigantic and Carnage. 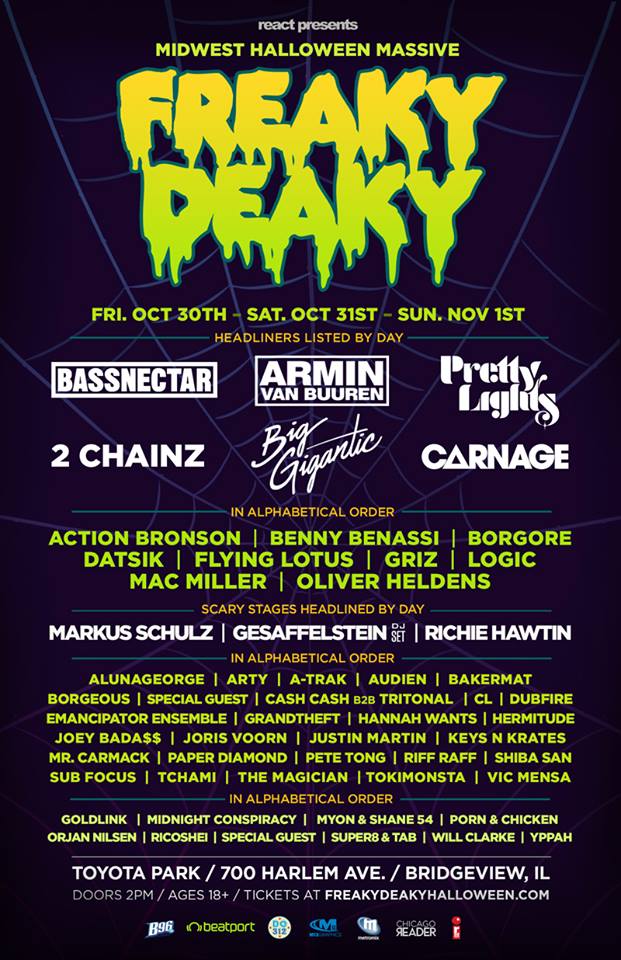 Get your Early Bird tickets here

Chicago native living in Madrid, Spain. Recent graduate from Indiana University with a degree in journalism and a double minor in music and Spanish. Lover of music, dance, hooping, piano and travel.

Another Week of At-Home Music!