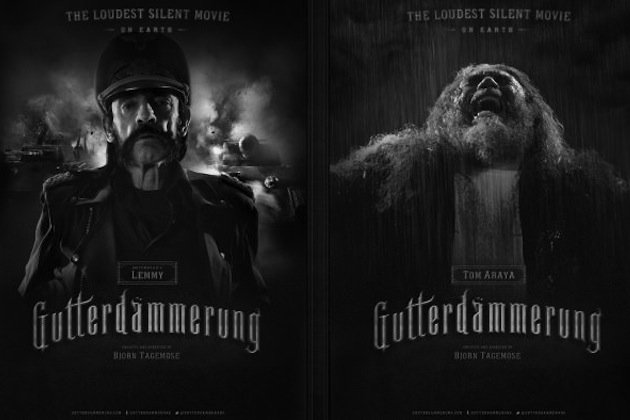 This fairy tale has already added punk legends Iggy Pop and Henry Rollins as part of its cast, along with Grace Jones and Jesse Hughes. Now it seems that metal has equal representation in the film with two of the genre’s biggest frontmen.

Lemmy will play a crazed general leading the “Armour Cavalry” during an explosive moment for the films two heroines. As for Tom Araya, he is set to play a mysterious messenger of darkness. These two characters will complement Iggy Pop’s punk angel who sends the Devil’s guitar back to earth, and Henry Rollins’ evil puritan priest who manipulates a naive girl into retrieving and destroying the same guitar.

Much in the tradition of classic movies of 1920’s Hollywood, the film is mostly silent but instead of a lone piano a live rock band of rock express the emotions and action whilst special effects from the film explode to life all around the audience. Think of a deafening rock ‘n’ roll version of Secret Cinema taking place in hell and you might just begin to have an idea of what Gutterdämmerung is.

What Has One Month of Apple Music Taught Us?

Five Chicago Concerts to Check out This February

Bassnectar Chocolate Sells Out Within 20 Minutes

Who Can We Expect to See at Lollapalooza 2019?