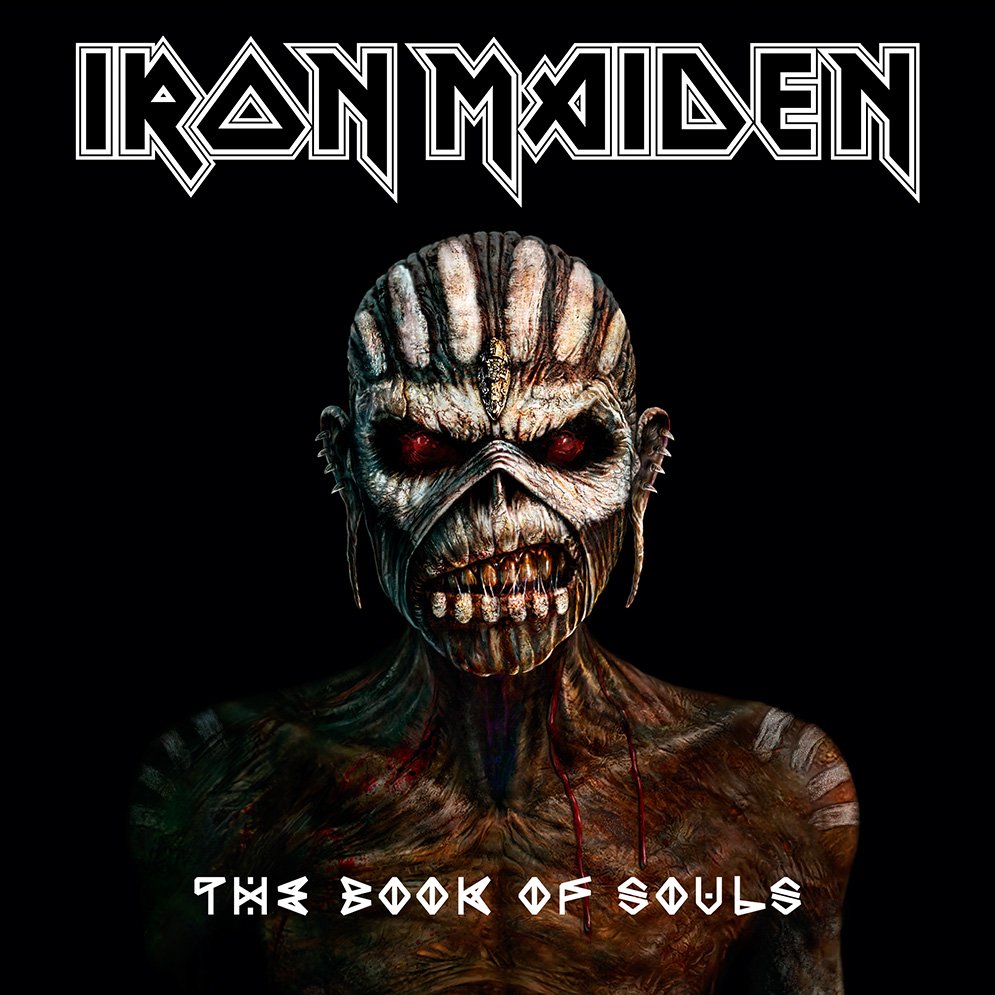 Iron Maiden fans have been through a lot. They haven’t had a new album since The Final Frontier was released in 2010, and they were forced to wait even longer when the band delayed the release of their new album when Bruce Dickinson was diagnosed with cancer early this year. Thankfully, Bruce was declared cancer free last month and it was hinted that a new album was coming sometime this year. Now, Iron Maiden fans around the world can rejoice.

The band announced, via their website, that their next album would be titled The Book of Souls, and will come out on September 4 through Parlophone Records (BMG in the United States). The album was recorded in Paris with their longstanding producer Kevin “Caveman” Shirley, who’s worked with other bands like Dream Theater, Metallica, and Slayer. The band worked on the album in 2014, and finished up earlier this year despite the delay because of Bruce Dickinson’s health.

The cover art was created by Mark Wilkinson, who’s done cover art with the band before and bands like Judas Priest and Megadeth. With 11 tracks, running around 92 minutes, it is Iron Maiden’s first ever double studio album. Bassist Steve Harris has writing credits on seven of the tracks, while the guitarists the others. It’s also the first time since 1984’s Powerslave that features two tracks written by Bruce Dickinson, one of which is the longest track Iron Maiden has ever recorded, an impressive feat to best the thirteen minute-long Rime of the Ancient Mariner. Steve Harris commented:

“We approached this album in a different way to how we’ve recorded previously.  A lot of the songs were actually written while we were there in the studio and we rehearsed and recorded them straight away while they were still fresh, and I think that immediacy really shows in the songs, they have almost a live feel to them, I think. I’m very proud of The Book Of Souls, we all are, and we can’t wait for our fans to hear it, and especially to take it out on the road next year!”

“We’re really excited about The Book Of Souls and had a fantastic time creating it. We started working on the album in late summer 2014 and recorded it at Guillame Tell Studios in Paris, where we’d done the Brave New World album back in 2000 so the studio holds special memories for all of us. We were delighted to discover the same magical vibe is still alive and very much kicking there! So we immediately felt at home and the ideas just started flowing. By the time we’d finished we all agreed that each track was such an integral part of the whole body of work that if it needed to be a double album, then double its going to be!”

Even though the album comes out this year, the band won’t be touring until next year, giving time for Bruce to make a full recovery to be ready for the rigors that come with an Iron Maiden show.

Check out These Five New Songs

Kenny Rogers Leaves an Ace for Us to Keep

grandson looks back on how far he has come